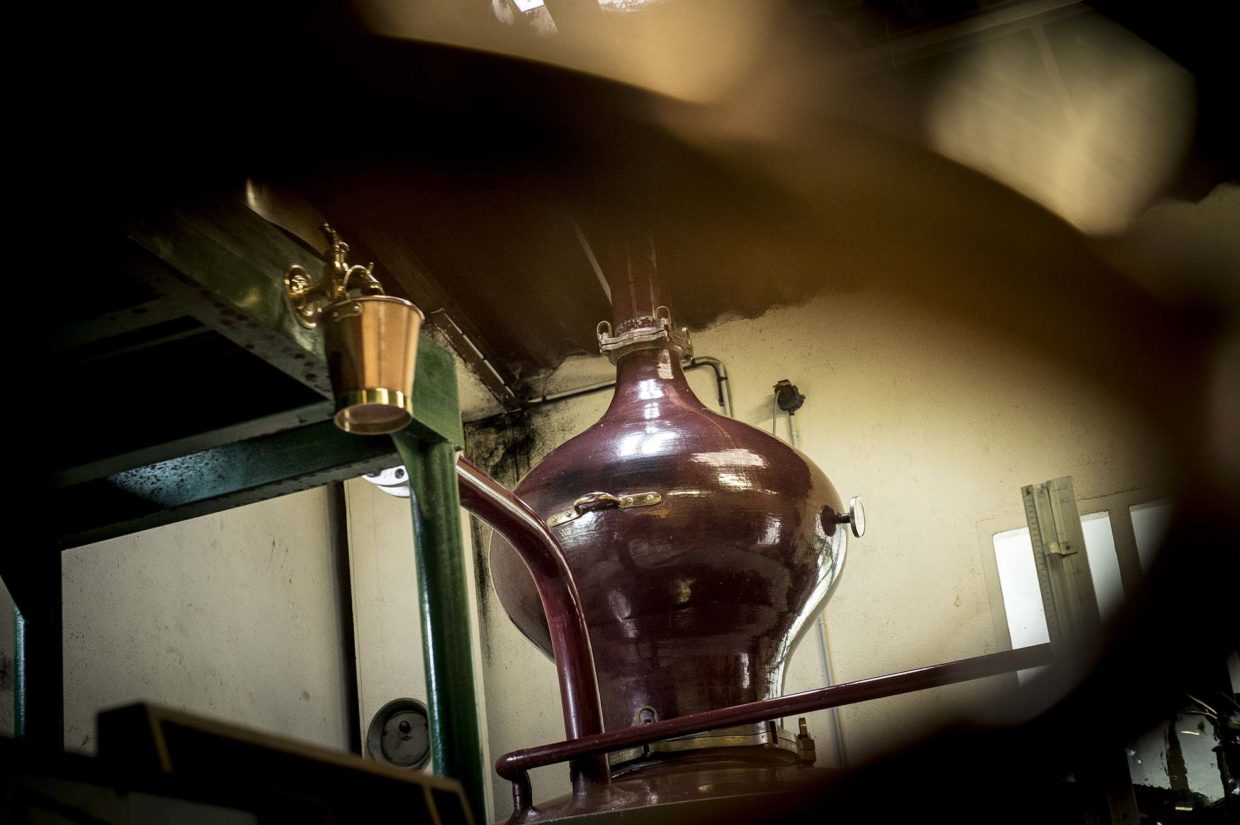 We use a still known as Charentais, all made of copper, to produce our eaux-de-vie. The wine starts in the boiler and brought to boil. Alcohol fumes are released, they gather in the Hat, move to the Swan’s neck then down the Coil. When in contact with the refrigerant, the alcohol fumes condense and flow into “brouillis”.

This slightly cloudy liquid measures between 28 and 32% in volume. It is then poured into the boiler for a second distillation, this is called “la bonne chauffe”.

The distiller then proceeds a very delicate task, “la coupe”. The first portion “les têtes” is very high in alcohol and put aside (1-2% volume). Then comes “le cœur”, an eau-de-vie clear and limpid that becomes Cognac.

The distiller then removes “les secondes”, when the alcohol meter shows 58% volume, and finally “les queues” when the distillation finishes. “Têtes” and “secondes” are distilled once again with the wine.

For a successful distillation, which lasts approximately 11 hours for the first distillation and 14 hours for the bonne chauffe, the process requires a lot of attention, a constant supervision and a great practice by the distiller. 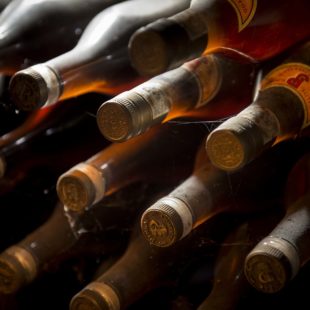 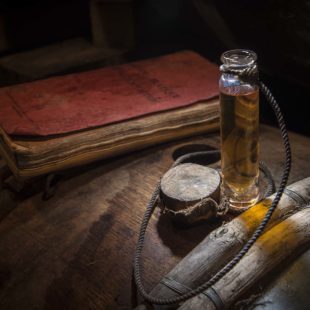 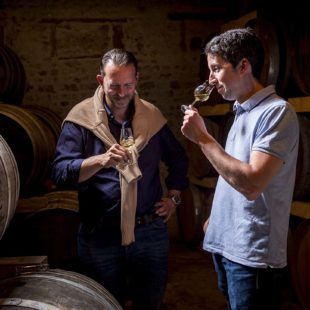 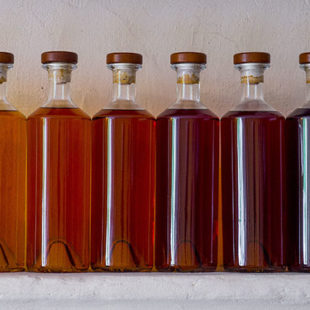